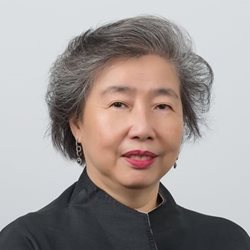 Swee Lian Teo joins the Board after spending 27 years at the Monetary Authority of Singapore (MAS).

Her last executive role was as Deputy Managing Director in charge of Financial Supervision.

Ms Teo is an independent non-Executive director on the Board of HKEx-listed AIA Group Ltd, where she is also a member of its Risk and Nomination Committees.

Ms Teo also serves as an independent director on the Board of SGX-listed Singapore Telecommunications Ltd, and is a member of its Governance and Nominations Committee, Executive Resource and Compensation Committee, and Chair of its Risk Committee.

Ms Teo is also an independent director on the Board of Clifford Holdings Pte Ltd and Chairman of Capitaland Mall Trust, a REIT listed on SGX.

Ms Teo is the Chair of the Board’s Risk Committee and a member of the Governance and Nominations Committee and Emirati Working Group.