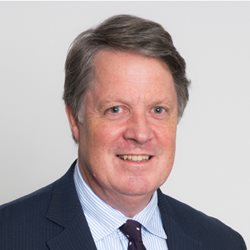 Director, Head of International Relations, joined the DFSA in 2005 to establish, co-ordinate, and lead the DFSA's international activity. He has drafted and negotiated some 100 Memoranda of Understanding (MoUs), underlying the DFSA's commitment to cross-border cooperation. Mr McGinness has more than 30 years of regulatory experience. Previously at the Australian Securities and Investments Commission (ASIC), he was successively Principal Legal Officer in Enforcement; the inaugural Coordinator of International Enforcement; advisor to the Chairman; Director, International Relations and a member of the Senior Executive Service. Mr McGinness was ASIC’s representative on IOSCO’s Implementation and multilateral-MoU task forces and its Enforcement Standing Committee. He is currently a member of IOSCO’s Assessment Committee, the central policy group responsible for IOSCO's Principles and Methodology; and the newly-established IAIS Standards Assessment Working Group, which is intended to play a similar role for the insurance standard-setter. He also acts as a lead validator for the IAIS MMoU Mr McGinness was a member of the IMF’s Financial Sector Assessment Programme team in 2004 and 2013 and in 2018 led participants in IOSCO’s Self-Assessment Capacity Building Programme. In December 2016, he was also appointed the DFSA’s Chief Decision Maker, for matters referred from the Enforcement Department. Mr McGinness holds Bachelor of Arts and Law and is admitted as a barrister in Australia.