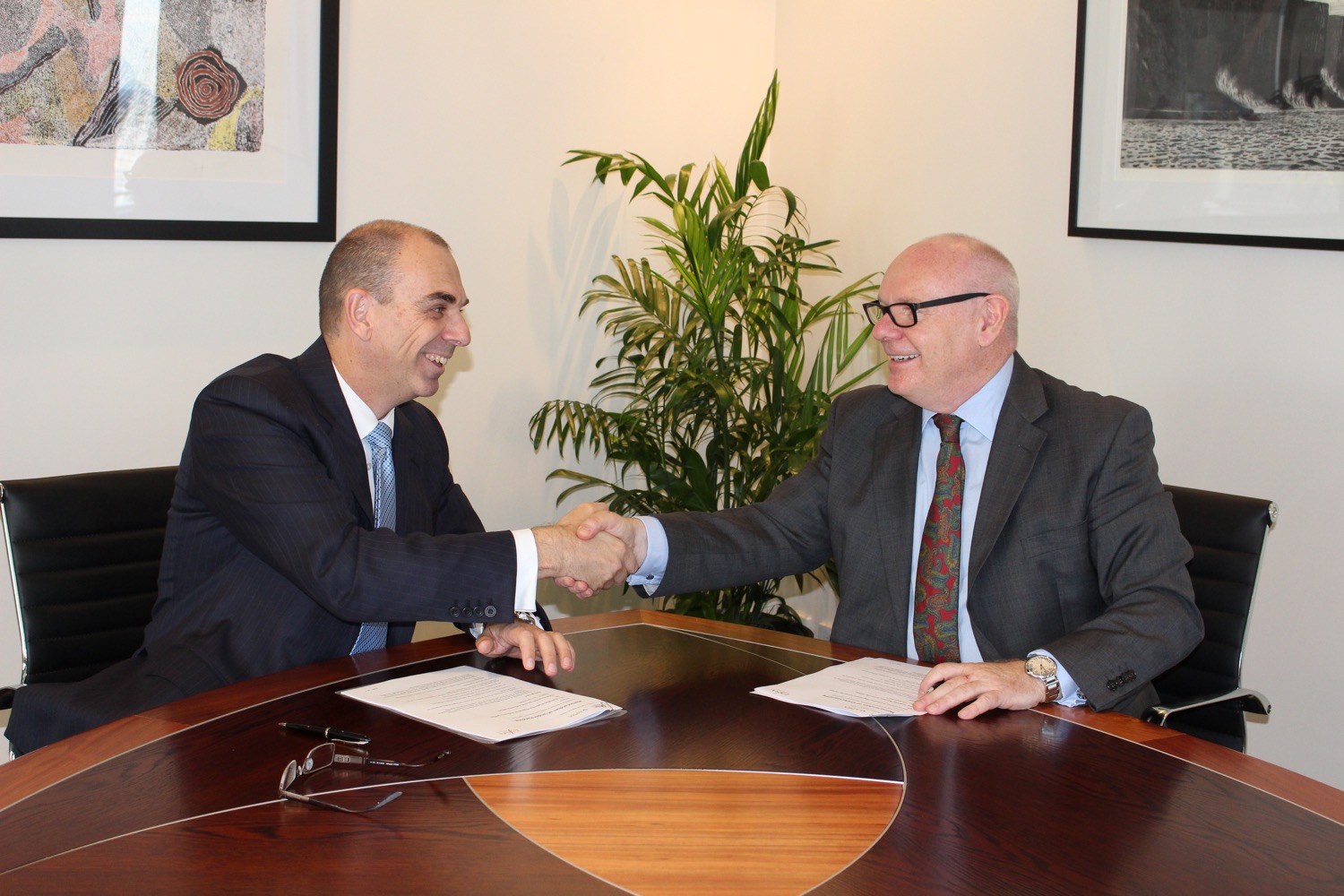 The Dubai Financial Services Authority (DFSA) entered into an agreement with the Australian Prudential Regulation Authority (APRA) last week. The Memorandum of Understanding commits the DFSA and APRA to information sharing and co-operation in the supervision of financial institutions.

The MoU was signed on behalf of the DFSA by Chief Executive, Mr Ian Johnston, and by the Chairman of APRA, Mr Wayne Byres, in Sydney on the side-lines of the Boao Forum for Asia, at which they were both speaking.

Mr Ian Johnston, Chief Executive of the DFSA said: "I am very pleased to sign this MoU with APRA and to meet Mr Byres again. Much has been done to advance the critical work of the international standard-setters in the areas of insurance and banking supervision". Mr Johnston noted APRA's membership of the International Association of Insurance Supervisors (the IAIS) and Mr Byres' membership of the Basel Committee on Banking Supervision (BCBS). Mr Byers was formerly its Secretary General. "As a member of the IAIS and as an Observer on the Basel Committee, the DFSA also appreciates the importance of international standards in the insurance and banking sectors", Mr Johnston said.

He added: "This bilateral MoU with APRA reflects the presence of a number of Australian firms offering financial services in the DIFC and reflects each Authority's commitment to co-operation in relation to their regulation. It also follows similar arrangements the DFSA has with other significant supervisors in the UK, Germany, Italy, France, the US, India, China, Japan and Singapore, as well as in the Region".