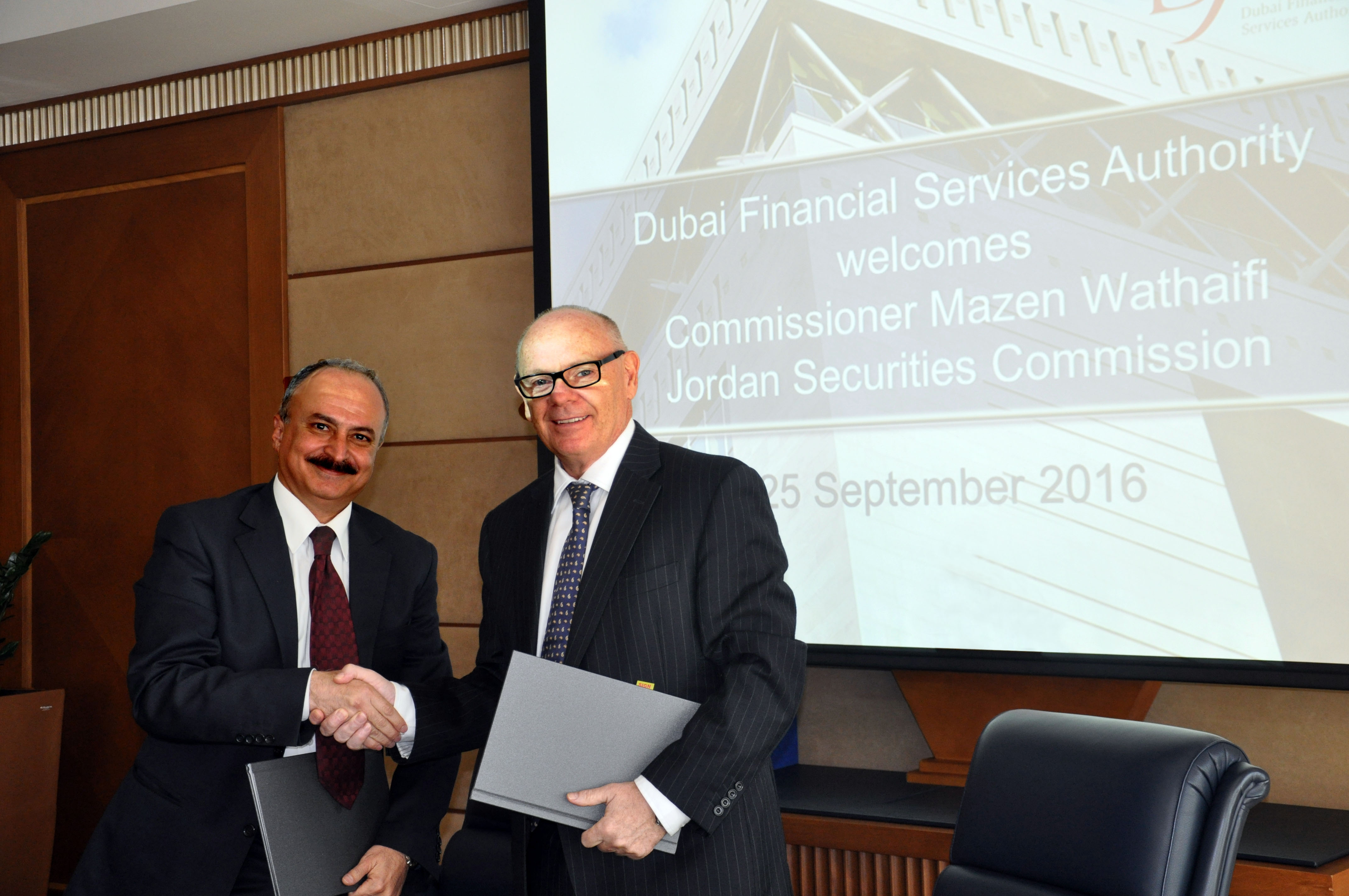 The JSC was established as an autonomous public institution in 1997 to develop, regulate, and monitor Jordan’s securities market and capital market institutions. The JSC’s major objective is to provide a sound and transparent market to protect holders of securities, investors and the public from irregular market practices.

Mr Ian Johnston, Chief Executive of the DFSA said: “While the DFSA remains committed to international best practice and the work of the standard-setters, its recent focus, has been on our region. In 2006 and 2007 the DFSA signed co-operative arrangements with the Insurance Commissioner and the Central Bank of Jordan and I am delighted to be signing this MoU with Commissioner Wathaifi today. The Jordan Securities Commission has long been an active participant in the International Organisation of Securities Commissions (IOSCO) and, like the DFSA, was an early signatory of the IOSCO Multi-lateral MoU, an initiative which remains the high-water mark for co-operation and information sharing among securities regulators.

“The DFSA has always attached great importance   to its ability to assist, and to receive assistance from, its regulatory counterparts as financial activity increasingly crosses borders and calls for greater collaboration and enhanced responsiveness. As we sign our 98th bi-lateral MoU, we, with our Jordanian colleagues, confirm that commitment.”