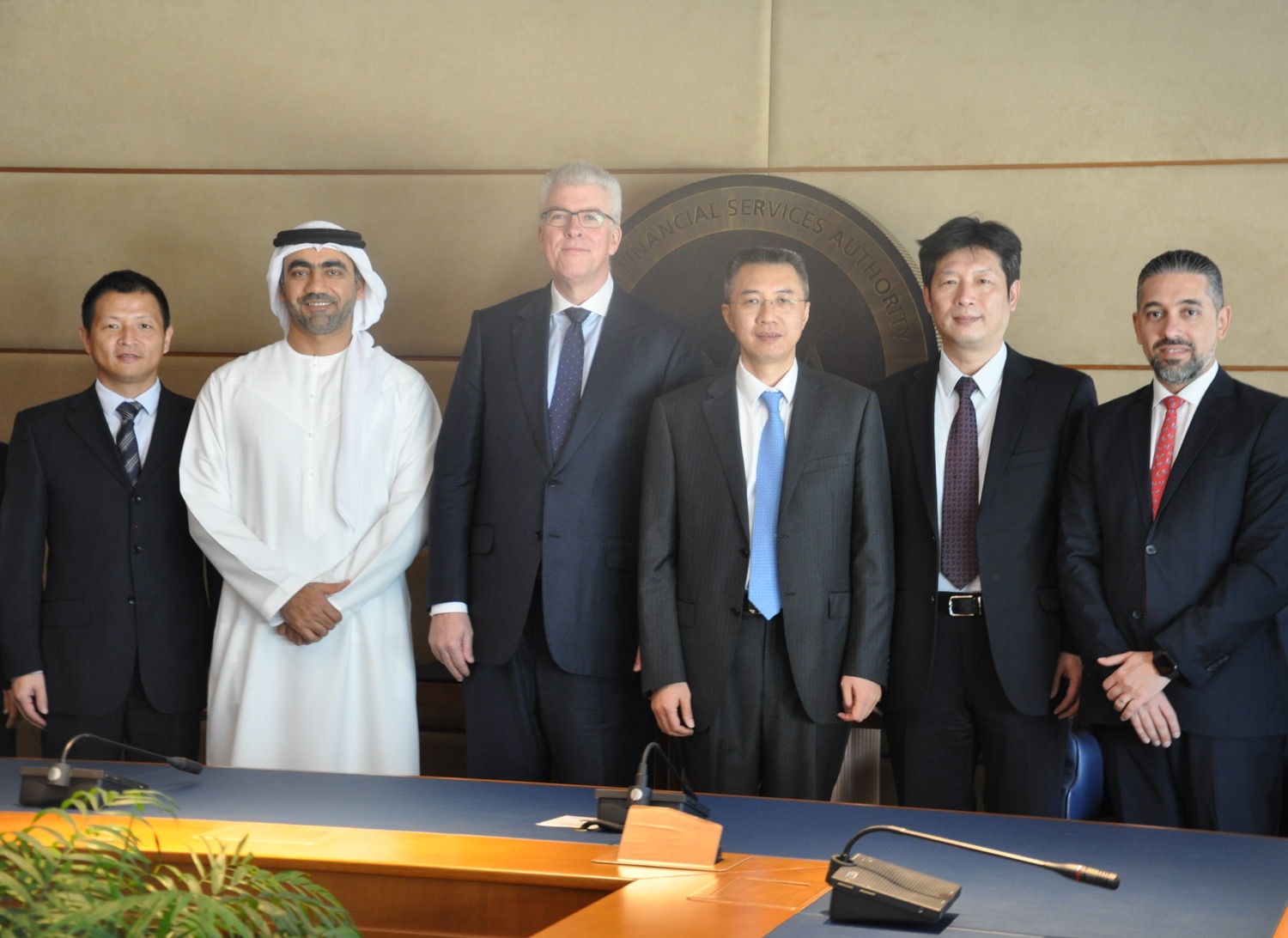 The Dubai Financial Services Authority (DFSA) today signed an extension to their Memorandum of Understanding (MoU) with the China Banking and Insurance Regulatory Commission (CBIRC).   The MoU was signed by ZHOU Liang, Vice Chairman of the CBIRC and Bryan Stirewalt, Chief Executive of the DFSA, during a visit by a CBIRC delegation to the DIFC.

The initial MoU, signed in Beijing on 24 September 2007, facilitated co-operation and information sharing between banking supervisors. The extended MoU reflects the CBIRC’s supervisory mandate for insurance activities and provides a platform for both entities to share supervisory information and enhance co-operation in the field of banking and insurance regulation in order to ensure prudent operations of cross-border insurance organisations of mutual interest.

Bryan Stirewalt, Chief Executive of the DFSA, said: “We are proud to strengthen our relationship with CBIRC to enable an exchange of information, expertise, and resources across the banking and insurance sectors.  The Chinese banks operating in the DIFC constitute a significant presence in the Centre’s financial community. As such, the relationship between the CBIRC and the DFSA is critically important. The DFSA has enjoyed a strong, working relationship with the CBIRC for many years. Further, the UAE and China enjoy a fruitful bilateral relationship and we look forward to building on that relationship.”

ZHOU Liang , Vice Chairman  of the CBIRC, said: “CBIRC is a ministerial institution authorised by the Chinese State Council to conduct administration, supervision, and regulation of the Chinese banking and insurance market. The new partnership will allow banking and insurance organisations under both parties to exercise adequate and effective control over the operations of their cross-border branches and subsidiaries.”