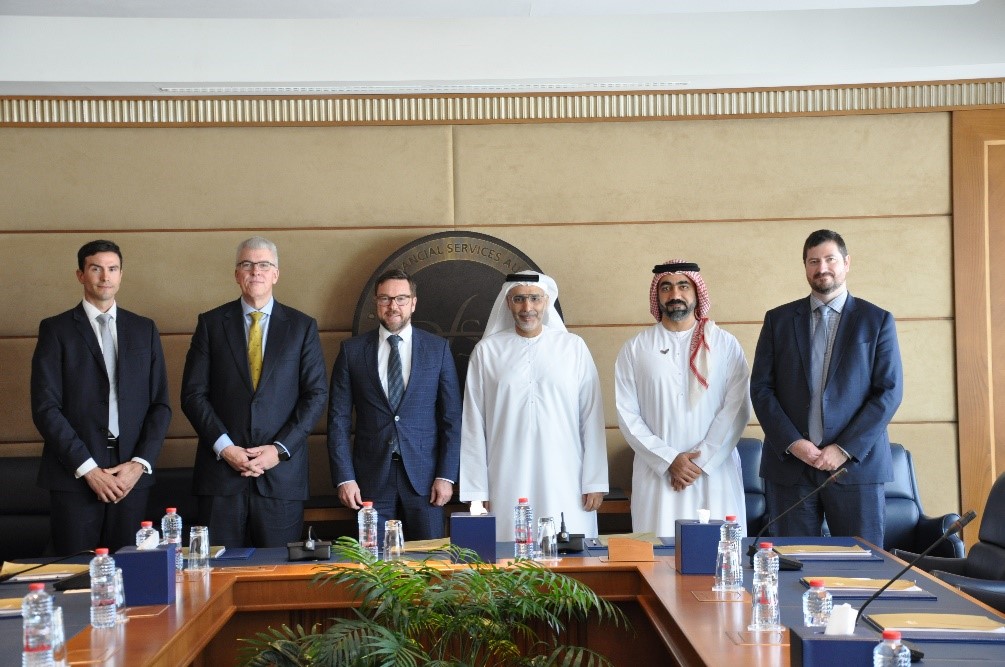 Mr Schneider participated in a panel discussion entitled “Developments in Global Audit Oversight Landscape” where he spoke on the number of regulatory developments in various jurisdictions and the key role IFIAR is playing.

Mr Bryan Stirewalt, Chief Executive of the DFSA, said: “We were delighted to host the Chairman of IFIAR, Mr Frank Schneider. Today’s event built upon the already strong relationship between the DFSA and IFIAR, where we have been an active member over the last decade.”

The DFSA engages actively with IFIAR, contributing significantly towards its mission of serving the public interest and enhancing investor protection by improving audit quality globally. At IFIAR, the DFSA was first part of the Investor and Other Stakeholders Working Group, the International Cooperation Working Group and the Fee Structure Task Force. The work lead by the International Cooperation Working Group resulted in IFIAR’s first ever Multi-lateral Memorandum of Understanding (MMoU), to which the DFSA became a signatory in Tokyo in 2017 along with 23 fellow regulators.

More recently, the DFSA stepped down as the founding chair of the IFIAR’s Emerging Regulators Group (ERG) after nearly four years. The ERG was formed as a special interest group to provide a platform and voice to approximately 25 emerging regulators. The DFSA also contributes regularly to the annual IFIAR Inspection Workshop which brings audit inspection staff who are trained on key technical and emerging topics from across the globe together. “Today we recognise and value the important role IFIAR plays in improving audit quality globally and pledge our continued support to IFIAR’s mission.” Bryan added.

Frank Schneider, Chairman of IFIAR said: “I would like to thank the DFSA for the invitation to this meeting and for its ongoing commitment to improving audit quality and longstanding involvement in IFIAR. It has been valuable to meet with local stakeholders to discuss IFIAR's work and exchange views on audit quality matters."